You can use Tag editor for all sorts of tag operations - rename, change color, delete, change ordering...
To open Tag editor, click on down arrow on the left side of Tag timeline and choose Tag editor. 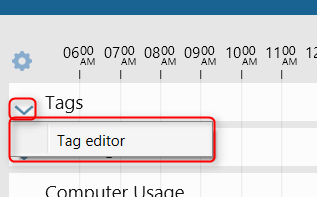 There are four tabs: 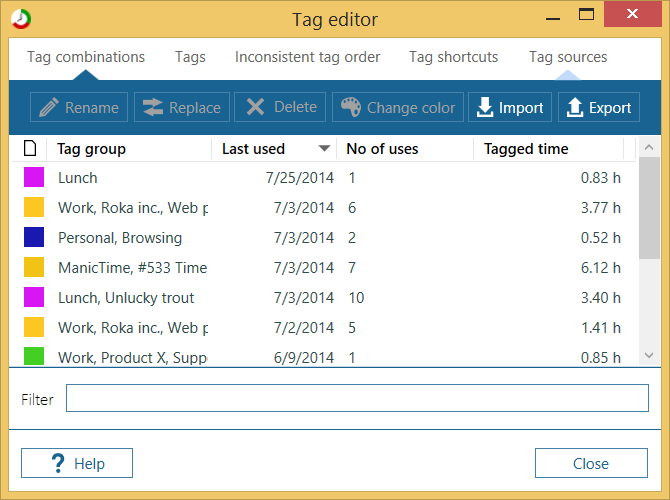 In ManicTime, tags are separated with comma, for example:

In above example tag combinations are: 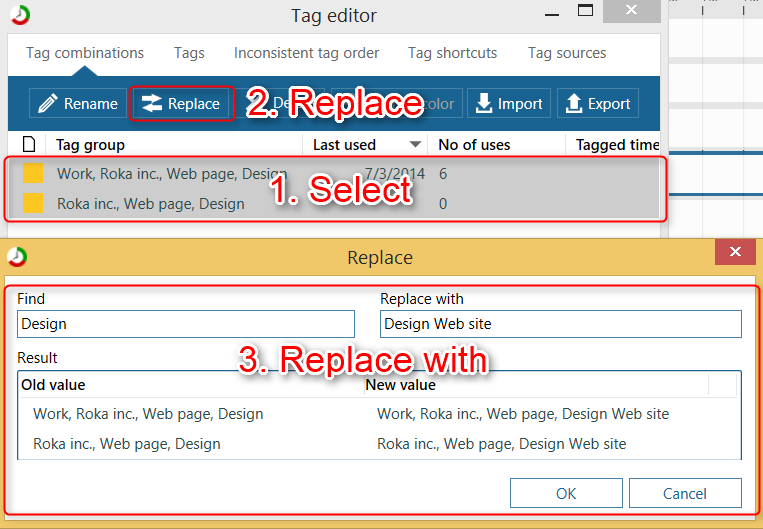 First a few words on why tag order is important. Up until v2 it was not very important how you tagged. Statistics doesn’t rely on tag order, since you can only see individual tags. When we added Timesheet, tag order became more important.

For example lets say we tag some time with 'Project 1, Design' and some more with 'Design, Project 1'

This is the timesheet we get.

Because 'Project 1, Design' and 'Design, Project 1' have the same meaning to me, it would be great if they were one tag instead of two. Inconsistent tag order will show this and you can rename it there. There are two rename buttons, click on the one which is on the side you want to rename.

After we rename 'Design, Project 1' to 'Project 1, Design' we get the following TimeSheet:

We have made changes to increase our security and have reset your password.